Pizza is without a doubt, one of the world’s most adored comfort foods. A food that can easily be found in every corner, and every country, the story behind pizza reveals a lot about migration and history. The early form of pizza, presents itself as the flatbread, a delicious meal that’s topped with savories and served as a simple dish for those who cannot afford plates of food. The predecessor of the pizza, flatbread even appeared in Virgil’s Aeneid. It was in the late 1700s, in Naples that the pizza we recognize in modern days was created! During that time, Naples was one of the most crowded cities of Europe. With a vast migration of peasants, Naples had turned into a city of poverty. The extreme economic conditions forced people to find food that was cheap and easy to eat; which led to the invention of pizza. Sold by street vendors, this delicious and cheap delicacy had turned into the go-to food of peasants. It’s quite funny, but for a really long time pizza was condemned by food writers and was associated with immense poverty. These writers even degraded the incredibly coveted pizza as “disgusting”. It’s funny when looked at from a contemporary perspective but Samuel Morse, the inventor of the telegraph, even described pizza as a “nauseating cake”! The first cookbooks that appeared in the late 1800s did not include pizza as a food worthy to be in a cookbook. Then, an interesting shift happened. Queen Margherita tried the peasant dish pizza, and absolutely fell in love with it! So, that is how the name Margherita Pizza came to life! The Queen’s seal of approval elevated the pizza from being a dish of the poor to being a delightful dish loved by the royal family; which also transformed the pizza into the national dish of Italy. Later on, it was in America that pizza found its second home. Around the late 1800s, Italian immigrants reached the East Coast and opened the first ever American pizzeria in New York. Once a dish of the peasants, pizza is now an all time favorite dish for many. Previously a symbol of economic crisis and social status, nowadays pizza is enjoyed by everyone, from every age, and every culture! Are you craving Italian? Pek Food has got you covered. To serve you the absolute best pizza, we’ve teamed up with Chef Geovani, an Italian gourmet, kitchen consultant, and food connoisseur! Chef Geovani has guided us through our journey to create the quintessential Italian pizza! The results? Totally mouth watering! Our classic Italian pizza features a crust so thin, that you might think we’ve rolled them out by hand! Serving you restaurant quality pizza, our signature sauce is made with pure

Çanakkale tomatoes, blended daily with spices and seasonings, while our wide range of toppings are collected at peak ripeness. Lastly, our delicious pizzas are flash frozen to lock in rich flavor! 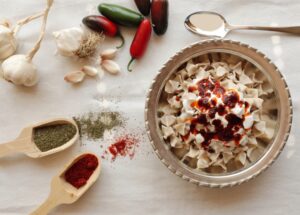 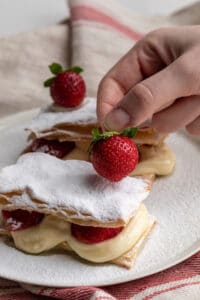